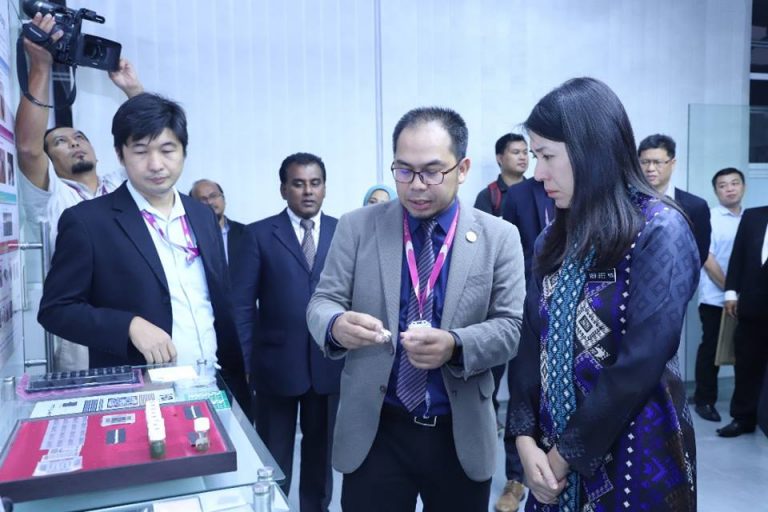 Among the things highlighted during the briefing session included the agency’s functions, capabilities, challenges and opportunities as well as on other organisational issues. Yeo was also briefed on MIMOS’ current and future technology undertakings.

Among other issues, the minister queried on the low uptake of local technology by Malaysian companies. She was made aware of the need to have an initiative to incentivise local industries that utilise homegrown technologies as they are equally competent and cheaper than the foreign ones.

The Minister hinted on the possibility of deploying MIMOS technology, such as those for public safety, in Putrajaya.

MIMOS in their technology presentation said that the agency’s focus was on applied R&D in frontier technologies; citing public safety, traffic management, agriculture and national healthcare as some of the benefiting sectors.

It said that MIMOS technology applications could also be used for environmental monitoring.

“Through MIMOS’ Big Data Analytics, insights could be derived from data, including crowd-sourced data (e.g. data from social media and popular apps such as Waze) which in turn would be used in building technology solutions, like one that manages public grievances on environmental issues such as open burning,” said MIMOS chief technology officer Thillai Raj Ramanathan.

MIMOS also stressed that data analytics was not the only method that could be used for environmental monitoring.  The agency has been working on other technologies for the environment such as using off-grid communication, and smart sensors, like those currently used to monitor Tasik Chini.

Ahmad Rizan said: “As key driver of technologies in the 4IR, MIMOS is committed to support emerging technologies such as 3D-Design and Augmented Reality for Smart Manufacturing, Artificial Intelligence, Internet of Things and Big Data Analytics, apart from running programmes in talent and skills development”.

Ahmad Rizan also welcomed the calls to intensify R&D for commercialisation and to heighten productivity through science and technology.

Ahmad Rizan explained that MIMOS is committed to support the national agenda and to be a Strategic Government Centre of Excellence and Advisory Agency for 4IR towards moving Malaysia from a nation of technology consumers to technology producers.

Link With Us
General Inquiries